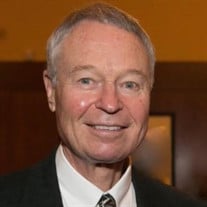 Anthony Eugene Way, MD, MBA Tony Way was a kind, generous, conscientious, and intellectually curious person, with a wonderful sense of humor. He was a loving and attentive husband and a dedicated father to two sons, Dylan and Christopher. Recently, he said his sons were two of his greatest accomplishments in life. Tony was born in New York City on May 20, 1941 and died peacefully at home in Ashland, OR on December 5, 2020 from Parkinson’s disease. His parents were Marian Nacke and David Jacques Way. His most positive childhood influence was his maternal Grandma Anna, who taught him to read when he was three years old. She also taught him sound values like knowing right from wrong, honesty, compassion, hard work, and the value of education. Tony graduated in 1958 from Belmont High School in Los Angeles and attended UCLA for two years before transferring to the University of California, Berkeley, where he earned Bachelor and Master of Science degrees in Zoology with Honors. He was a voracious reader, who minored in English literature. Dr. Way received his MD in 1968 from the University of California, San Francisco School of Medicine. His medical course of study included a three- month surgical clerkship at Guy’s Hospital in London, and a one-year surgical internship at the University of Wisconsin, Madison. He worked as a Kaiser Permanente clinic doctor in Marin County, CA. for one- year, and then completed a three-year urology residency at the University of California, Davis/Sacramento Medical Center. Tony returned to school at age 54 and earned a Master of Business Administration from Golden Gate University, San Francisco. Dr. Way practiced urology in Petaluma, CA for 22 years. In 1981, when he was President of the Petaluma Valley Hospital Medical Staff, he met Joy Dobson, newly hired as the hospital’s Chief Nursing Executive. Joy and Tony married on September 10, 1983. Upon retiring from clinical practice in 1995, Tony worked for the California Department of Health, Licensing and Certification Division. He retired in 2015 as the Chief Medical Consultant. Tony had many interests, including music, especially Rock & Roll and Classical, English literature, racquetball, softball, tennis, bicycling, dancing, and travel. His travel included a one-year 2006-07 RV tour of the USA; trips to Bermuda, Mexico, many countries in Western Europe; and consulting assignment trips to Zambia, Africa. Tony is survived by his wife, Joy Dobson Way, sons Dylan (Melissa), Christopher (Lauren), two grandchildren, Liam Anthony and Lainey Way all of Los Angeles,; and his sisters Deborah Way, MD of Cayucos, CA, and Jessica Way of Honolulu, Hawaii. He is also survived by his beloved Dobson Family: Janet Dobson Leifur of Ashland, OR, Steven & Leanna Dobson and John & Paula Dobson, both of Redding, CA., and Bob Dobson of Pacolet, South Carolina, as well as numerous nieces and nephews. Donations in Tony’s memory may be sent to the Michael J. Fox Foundation for Parkinson’s Disease Research or the Boys and Girls Club of America in your area. Arrangements are in care of Litwiller-Simonsen Funeral Home, Ashland, Oregon. www.litwillersimonsen.com

Anthony Eugene Way, MD, MBA Tony Way was a kind, generous, conscientious, and intellectually curious person, with a wonderful sense of humor. He was a loving and attentive husband and a dedicated father to two sons, Dylan and Christopher. Recently,... View Obituary & Service Information

The family of Anthony "Tony" Way MD, MBA created this Life Tributes page to make it easy to share your memories.