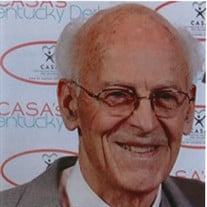 Claude Leonidas Deschamps passed away from Alzheimer’s at Village at Valley View where he lived in Ashland, Oregon on December 20, 2020. He lived in St. Charles and Sudbury, Ontario, Canada, Los Angeles, California and Ashland, Oregon. Claude was born September 26, 1934 to Celestine Biron and Henri Deschamps in St. Charles, Ontario, Canada. He comes from a family of 7 brothers and sisters of who are Jacques, Roger, Arthur, Andre, Jacqueline and Rachel all who are from Ontario and Quebec, Canada. After completing his secondary education he attended Provincial Institute of Trade and Sudbury Trade Tech. Upon completion he started working at Falconbridge which they were involved in the exploration, mining, processing and marketing of metal and mineral products, including nickel, copper, cobalt, and platinum. In August 2006 Swiss-based mining company Xstrata acquired Falconbridge. On June 11, 1968 he wed Annette Marie Harrison in Sudbury, Ontario before relocating to Los Angeles, California. After moving to California he found himself employed for MGM Studios for 32 years before retiring from Sony Pictures Studios in 1996. Throughout his career with MGM he saw many changes from the studio being bought, acquired, merged and sold. He started working for MGM-Goldwyn-Mayer Studios Inc. (initialized as MGM) then MGM/UA Entertainment Co (initialized as MGM/UA) followed with Lorimar-Telepictures then Warner Communications followed by Columbia Studios and last but not least Sony Pictures Entertainment (SPE) which is still around in Culver City, California. When he was not working he could be found enjoying the arts with his wife going to the Hollywood Bowl and the Los Angeles Music Center including the Dorothy Chandler Pavilion, Mark Taper Forum and Ahmanson Theatre, spending time visiting family and friends in town and at his cottage in Big Bear Valley, California, being a part of various clubs and organizations such as Club Québec California (Club Québec California) and with his son, the Y-Indian Guides, more commonly known as the YMCA Indian Guides and Webelos and traveling with his wife around the world. In 1996, Claude and his wife Annette retired from Los Angeles, California relocating to Ashland, Oregon where they built a house to enjoy all that the city had to offer in the arts which included the Oregon Shakespeare Festival (OSF), Oregon Cabaret Theatre, Ashland City Band Concerts at Lithia Park, Ashland Springs Hotel, Schneider Museum of Art, Camelot Theatre in Talent, Craterian Theatre at the Collier Center for the Performing Arts in Medford and attended OLI (Open Learning Initiative) at SOU (Southern Oregon University). Preceding his passing away he was married to his wife Annette who has passed where his son Dennis Arthur Deschamps survives him. In lieu of flowers and gifts, please donate to Alzheimer's Association

Claude Leonidas Deschamps passed away from Alzheimer&#8217;s at Village at Valley View where he lived in Ashland, Oregon on December 20, 2020. He lived in St. Charles and Sudbury, Ontario, Canada, Los Angeles, California and Ashland, Oregon. Claude... View Obituary & Service Information

The family of Claude Leonidas Deschamps created this Life Tributes page to make it easy to share your memories.

Claude Leonidas Deschamps passed away from Alzheimer’s at Village...