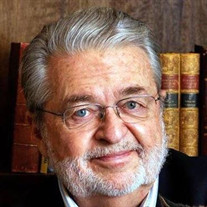 DUANE F. SMITH Longtime Ashland resident Duane F. Smith, 79, passed away June 4, 2019 surrounded by his family. Duane was born March 7, 1940 in Grants Pass, Oregon to Floyd and Merna (Morgan) Smith and grew up on the family dairy farm in Murphy, Oregon. Duane joined the Army following his graduation from Grants Pass High School. While stationed in Babenhausen, Germany, Duane met his wife Christel (Golembeski) Smith. They were married in Babenhausen in 1963 after which they returned to Southern Oregon to live. After graduating from Southern Oregon College in 1968, Duane began teaching for the Phoenix/Talent School District. Although his teaching experience was short lived, it was an important and meaningful part of his life. During summer vacations while teaching, Duane began building and managing rental houses and apartments in Ashland. This summer activity soon became his full time career. Duane was very involved in the Ashland community throughout his life. He was a longtime member of the Ashland Rotary Club where he enjoyed participating in several of their events, his favorite being the Ashland Easter Egg hunt in Lithia Park. He also served on numerous community boards and committees including being Ashland Chamber President in 1977-1978, at which time he and his family donated two Black Swans to Lithia Park to celebrate the opening of the Oregon Shakespeare Festival’s new Black Swan Theater. Duane had a love of all things mechanical and used this passion to restore the Ashland Fire Department’s first gasoline powered fire engine, a 1913 American-LaFrance Chemical Engine. Duane proudly debuted his “toy” in the Ashland Bi-Centennial 4th of July Parade and for several years afterward he would bring it out each 4th of July for the parade. The restored engine now resides in the Ashland Fire Station lobby for all to view. Duane’s last passionate endeavor was the creation and development of Lithia Springs Inn & Resort where he spent several years playing the role of Innkeeper. Sharing his love and knowledge of Ashland and the Rogue Valley with his numerous guests gave Duane immense joy. Along with Duane’s mechanical hobby, he also enjoyed trying to solve the world’s problems over a good beer or glass of wine and bantering with the many friends he met and cherished throughout his life. In his younger days, riding motorcycles in the mountains behind Ashland was a passion, and in most recent years writing books about the numerous events he had experienced in his lifetime gave him great pleasure. Duane is survived by endless friends and family that loved him dearly, including his daughter and son-in-law, Christy (Smith) and Brian Kadien, along with his granddaughter, Karsen, whom Duane lovingly called “Squirt”; son, Greg Thompson along with his wife, Nicole; dear friends that became family, Dee and Barb Selby; and former spouse and cherished friend, Christel Smith. Duane is also survived by his daughter Traci and grandchildren, Darian, Drew and Ryan, all of whom he loved deeply. A Celebration of Life will be held at 2:00pm on Saturday, August 17, 2019 at Belle Fiore Winery & Vineyards, 100 Belle Fiore Lane, Ashland, Oregon. All those that loved Duane are welcome to join. In lieu of flowers, memorial donations can be made to the Ashland Rotary Foundation (http://ashlandrotary.org/club-donations.php). Arrangements are in care of Litwiller-Simonsen Funeral Home, Ashland, Oregon. www.litwillersimonsen.com

The family of Duane Floyd Smith created this Life Tributes page to make it easy to share your memories.