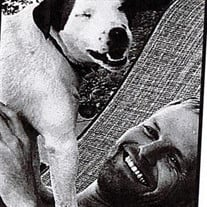 Peil, Jamison John – Ashland, OR, formerly Marina Del Rey, CA Widely admired for his stellar soul brimming with songs, smiles, and sentiment, at a still point in this turning world Jamison Peil has departed the time-bound and arrived at the time-less. For 29 years, he shined brightly in the sun but now circles us watchfully in the wind, far-seeing as he soars free from worldly care. Survived by father Tom Peil (Kiernan), mother Katy Colson (Jeff), sister Tory Peil, loving partner Ruby Suvoy, grandmother Carroll Matthews, adoring aunts, uncles, cousins, and myriad friends too many to count, Jamison died suddenly on December 17, 2019 in a motor cycle/motor vehicle accident in Ashland, Oregon, where he resided. An alumnus of Clayton High School, as are both his parents, Jamison was an accomplished actor, film stunt man, professional skateboarder, and genial host of Legendary Nomads – a popular skate-park travel show. Among his many professional credits, Jamison appeared on NBC’s award-winning series Grimm. He was a beloved member of the skateboarding community in Ashland, as well as a prominent founding figure of The St. Louis Skateboarding Community. Jamison especially enjoyed skateboarding and competing at the Venice Beach Skatepark. While a select very few persons can light up a room, Jamison’s distractingly good looks, signature exuberance, boundless energy, and generosity of spirit were known to come more perilously close to actually setting a room ablaze than simply lighting it up. Truly inimitable with a magnetic personality and charisma to spare, Jamison remains forever young in our memories. His singular brightness shines for all time. As our shattered hearts still manage to beat and we realize that the pain of this loss will eventually lessen, Jamison’s youthful splendor will always remain undiminished. We are reminded that a legacy’s true measure resides in the life in one’s years – rather than the years in one’s life. While we may feel somehow cheated by his life’s length, simultaneously we marvel in wonder at its depth. Our great grief is simply the long shadow of our great love for Jamison. Memorial arrangements to be announced. For remembrances of Jamison John Peil, please donate to the Friends of the Animal Shelter at www.fotas.org.

Peil, Jamison John &#8211; Ashland, OR, formerly Marina Del Rey, CA Widely admired for his stellar soul brimming with songs, smiles, and sentiment, at a still point in this turning world Jamison Peil has departed the time-bound and arrived at... View Obituary & Service Information

The family of Jamison John Peil created this Life Tributes page to make it easy to share your memories.

Send flowers to the Peil family.