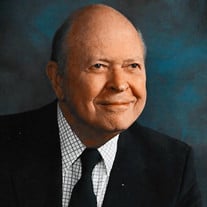 John R. Trammell went to be with the Lord on September 1, 2020. He is survived by his wife, Carole A. Trammell and his children: Dr. Linda A. Trammell of Eugene, Oregon; Dr. Dennis W. Trammell and his wife, Amber, of Springfield, Oregon; Dr. Curtis E. Trammell and his wife, Jocelyn, of Boise, Idaho. There are four grandchildren: Pendrey Trammell, Paige Trammell, Evelyn Trammell and Graham Trammell. Also, John is survived by his sister, LaVonne Titchenal of Pulaski, Virginia. John was preceded in death by his parents, James R. and Wilma A. Trammell, as well as his son, Douglas P. Trammell. John was born in Santa Ana, California, on December 30, 1936. He graduated from Santa Ana High School in 1954 and from the University of Southern California, cum laude, in 1959 with a Bachelor of Science degree in Chemical Engineering. He worked for Chevron Corporation for 33 years starting in 1959 at their refinery in El Segundo, California, as a design engineer and rose to the position of Vice President of Chevron Oil International Company in San Francisco before retiring in 1992. John accepted Jesus Christ as his Lord and Savior in 1978 while attending Community Presbyterian Church in Danville, California. He continued to serve in men’s related ministries for over 40 years. His heart was to help men become better husbands and fathers. After retirement, he moved to Lake Almanor, California, then to Ashland, Oregon. His church home at the time of his death was Ashland Christian Fellowship. He was a member of the Rogue Valley Country Club and Ashland Gun Club. In lieu of flowers, contributions in his memory are requested to be made to the Men's Ministry, Ashland Christian Fellowship. A celebration of life will be held at Ashland Christian Fellowship on Saturday, March 6 , 2021 at 12 am. John will be interred next to his son, Douglas, at Fairhaven Memorial Cemetery in Santa Ana, California.

The family of John Richard Trammell created this Life Tributes page to make it easy to share your memories.

Send flowers to the Trammell family.