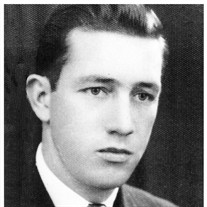 Joseph Raymond Smith Obituary December 16, 1921 – January 5, 2020 Joseph Raymond Smith, 98, passed through the veil on January 5, 2020, in Ashland Oregon. Joe was born to loving parents Raymond Smith and Mary Louise Alston in Magrath, Alberta, Canada, on December 16, 1921, and enjoyed the open spaces and big skies of southern Alberta with his siblings Leonard, Alice, Marie, and Gordon into his teenage years After graduating from West High School in Salt Lake City, Utah, Joe worked as a carpenter and head spinner at the Golden Fleece Woolen Mills in Alberta before joining the United States Army Air Forces during World War II. While in the Army Air Forces, Joe graduated 1st in his class at the Communication (electronics) school and served as an electronics instructor earning the rank of Sargent. After being honorably discharged from the Army, Joe was called to a Mormon mission in Southern Brazil where he adeptly served as Branch President, District President, Mission Secretary, Welfare Director, and Interpreter. Upon return from his mission, Joe married Alice Zemp in the Cardston Alberta Temple. He then attended Brigham Young University in Provo, Utah, graduating with a Master of Arts degree in Accounting. Joe, Alice, and their 3 children (Gordon, Kent, and Jorae) eventually relocated to Hawaii where he chaired the Division of Business as an original faculty member of Brigham Young University – Hawaii in Laie Oahu. While residing in Hawaii, Joe was a driving force behind the creation and founding of the Polynesian Cultural Center, including the publication of a Polynesian coloring book and a tourist guidebook, served as Bishop of the Laie ward, received his Doctor of Education degree in Business from Colorado State College, and witnessed the birth of 3 more children (Loretta, Raymond, and Shari). In 1964, Joe relocated his family to Ashland Oregon where he was employed by Southern Oregon University as a professor in Accounting and Taxation until retiring with emeritus status in 1990. Joe married Carolina Maria Timor in 1982, raising daughter Yazmine and enthusiastically pursuing mutual hobbies and interests throughout their life together. During his life, Joe was an extremely energetic and industrious individual. With adroit and entrepreneurial skill, Joe founded multiple and diverse commercial enterprises ranging from carpentry and textiles to education and tax consulting (earning IRS enrolled agent status) to numerous brick-and-mortar and online retail businesses. Joe was an accomplished carpenter. He loved working with wood, building the house he resided in for 55 years and marveling people with his clever woodworking skills. Joe reveled in the pleasures of rural life: chopping wood; raising cows, chickens, pigs; growing fruits and vegetables; milking cows; churning his own butter and ice cream; grinding his own wheat; baking his own bread and pastries; and, more recently, feeding humming birds and wildlife from his deck. Joe had insatiable sweet tooth. He enjoyed maple bars and cinnamon rolls in the morning, assorted candies throughout the day, and cherished a cold Coca-Cola after a hard day’s work. Throughout his life, Joe held an unwavering faith in, and devotion to, the teachings of The Church of Jesus Christ of Latter-day Saints. His loving spirit, caring personality, captivating storytelling, and intellectual wit will be sorely missed in this realm but eagerly awaited in the next. Joe is survived by his spouse Carolina Smith; his children Gordon (Linda) Smith, Kent Smith, Jorae (Mark) Scofield, Loretta Backstrom, Raymond (Georgina) Smith, Shari Griffin, and Yazmine (Mike) Arringtion; 14 grandchildren; and 14 great grandchildren. Funeral and memorial services are being arranged by Litwiller-Simonsen Funeral Home. Follow www.litwillersimonsen for viewing, memorial service, and burial information. Flowers and condolences can be delivered to Litwiller-Simonsen Funeral Home located at 1811 Ashland Street, Ashland, Oregon 97520. Alternatively, memorial donations can be sent to The Dr. Joseph R. Smith Endowed Scholarship Fund at Brigham Young University – Hawaii. Follow https://ldsp-pay.ldschurch.org/donations/byu-hawaii?funds=30221008 to donate.

The family of Joseph Raymond Smith created this Life Tributes page to make it easy to share your memories.