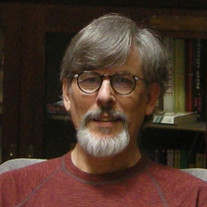 Kirk Broomhead, 68, passed away in March 2021, a few weeks after he was diagnosed with thyroid cancer. Kirk was born in New York, NY to Jack and Jean Broomhead. He grew up in Atherton, CA and Greenwich, CT. Kirk attended Phillips Exeter Academy for high school and earned his bachelor’s degree in English from Tufts University. After college, he worked as a firefighter for the California Department of Forestry and Fire Protection in the Salinas Valley. Returning to New England, he completed a training program in technical writing at Fitchburg (MA) State College. He worked at the Air Force Geophysics Laboratory at Hanscom Air Force Base, MA and went on to work at Digital Equipment Corporation in Nashua, NH for many years, where he held various positions, some as a technical writer and some as a software engineer. He had a natural aptitude for technology combined with a great ability to communicate. He prided himself in taking difficult technical concepts and making them clear and understandable for others. He also worked at VMware in Palo Alto, CA and Datrium in Sunnyvale, CA. Kirk was a highly accomplished guitarist and pianist. He played both instruments for most of his life. He had a natural gift that allowed him to play a piece of music by ear after hearing it just once or twice, Music was very important and significant to him for his entire life. Kirk also had a passion for architecture and for finely made things, in general. While in his early 30s he designed a post-and-beam house for himself on a wooded property in Brookline, NH. He was highly motivated to build this house, and when the original builder he hired to build it went out of business just before starting work, Kirk hired the builder for a day or two of instruction to learn everything he would need to know to build it himself. And he plunged right in. He oversaw all the details of the construction himself while working his regular full time job at Digital. The house turned out beautifully. It was designed for music with soaring 28 foot ceilings that allowed the piano or guitar music to fill the entire house. He was also interested in different architectural styles and studied various building processes. He made several moves between the West Coast and New England and sought beautiful places to live that he loved, including Monrovia, Agoura Hills and El Granada, CA; Ashland, OR; Brookline, NH; and Chelmsford, MA. He transformed each home into a beautiful space that reflected his aesthetic vision. Kirk had many other interests including reading for fun, watching movies, listening to music, spending time in nature, enjoying wildlife, bicycling, walking, kayaking and windsurfing. Above all, Kirk was a true gentleman. He was always kind, polite, generous and supportive of the people in his life. Kirk was also a man with a great deal of personal courage, integrity, and character. He is survived by his sister Barbara Estabrook, her husband, Jay Estabrook, and their children, Abby and David. Kirk is also survived by very close life-long friends who loved him very much. He was a wonderful man who will be greatly missed. Donations in Kirk’s memory may be made to Doctors Without Borders, the Oregon Food Bank, or Monterey Bay Aquarium.

Kirk Broomhead, 68, passed away in March 2021, a few weeks after he was diagnosed with thyroid cancer. Kirk was born in New York, NY to Jack and Jean Broomhead. He grew up in Atherton, CA and Greenwich, CT. Kirk attended Phillips Exeter... View Obituary & Service Information

The family of Kirk Broomhead created this Life Tributes page to make it easy to share your memories.

Send flowers to the Broomhead family.