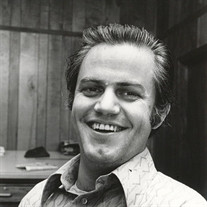 Kurt Wallace Erlings (also Uerlings) was born on April 19, 1936 in Klamath Falls, Oregon to Norma and Wallace Uerlings. He died peacefully on June 27, 2021 in Ashland, Oregon at age 85 after a long battle with congestive heart failure. Kurt’s Mother was a fine vocalist; she and Young Kurt sang weekly at the First United Methodist Church –which his maternal grandfather had help to build--and for many social occasions in Klamath and beyond. That began Kurt’s special talents and his lifelong passion for great music. In 1954 Kurt graduated from Klamath Union High School and then attended Southern Oregon College in Ashland. He left college to serve in the U.S. Army from 1958-1961 when he was Honorably Discharged. In 1959 he was awarded a Diploma from the U.S. Army Adjutant General’s School at Fort Benjamin Harrison in Indianapolis and was assigned two years of overseas duty in Seoul, Korea. Part of that time he served as Specialist to the Brigadier General who was Commanding General during the occupation of Korea. Kurt was also Organist at the Post Chapel and taught English at a nearby Korean Mission, where he learned both to write and speak Korean, and where he made lasting friendships. Afterward, Kurt returned to Southern Oregon College, majoring in General Studies with a Piano Performance emphasis. In 1963 the Music Department hired a new pianist-music teacher from California State University, Los Angeles, Billie Raye Kean. Four years later they married in Eugene. Kurt’s Bachelor of Science degree from SOC was awarded in 1968. From August 1969 to August 1974, Billie Raye was on the Music Faculty at Stephen F. Austin State University in Nacogdoches, Texas and Kurt discovered a new interest in and exceptional talent for piano tuning and technology. In I971 he received a Diploma from the Aubrey Willis School of Piano Tuning and Repair in Orlando, Florida and became the full-time piano tuner-technician for the Music Department. He also studied in the Steinway Studios and Factory in New York and was a Registered Member of the National Piano Technicians Guild for many years. Kurt also earned a Master of Arts degree in Music Composition in 1974 from SFA. In 1974 Kurt and Billie Raye both accepted positions at the University of Arizona School of Music in Tucson. Kurt retired in 1996 and Billie Raye in 1998. Their personal dream of returning to their beloved Oregon was realized in 1999 when they acquired a home in Ashland and moved their company 24 Karat® Music Discovery and their piano teaching and video production studio to Ashland. Kurt was very proud of being a fifth generation Oregonian and throughout his life found great meaning and happiness studying the State’s history and exploring its vast, ever-inspiring natural wonders. He was a man of strong character, quietly spiritual, a talented musician and a loyal, deeply loving husband of 55 years. He is survived by his wife Billie Raye, his sister Sally and brother-in-law Howard West, his nephews David and Jason West, niece Janna West Shwaiko and their families; niece Susan Baker and nephew Mark Baker and their families; sister-in law June O’Brien, her daughter Sherry Hamilton and son Curtis Wayne Farrar and their families. Kurt was greatly loved and will always be missed. Final arrangements are with Litwiller-Simonsen Crematory in Ashland. Cremains Placement will be at Eternal Hills Cemetery in Klamath Falls, Oregon at a later date. Donations in Kurt’s memory may be made to Southern Oregon University Foundation for Chamber Music Concerts or Tutunov Piano Series (See SOU Foundation website.) or to the Rogue Valley Symphony www.rvsymphony.org

The family of Kurt Erlings created this Life Tributes page to make it easy to share your memories.

Send flowers to the Erlings family.