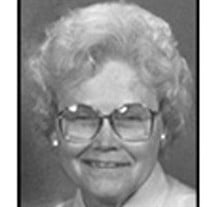 Lily Millage Hartley of Medford, Oregon died on January 2, 2020. She was born June 23, 1928, in Globe, Arizona, the first child of Grace Essary Millage and Fred Roy Millage. During the Great Depression, her family began a time of transient living as her father found work at construction sites in Arizona, at Parker Dam, California and in Spokane, Washington. In 1944, Lily’s family moved to the Wagner Creek area of Talent, Oregon, and she enrolled at Talent High School as a junior. Lily soon caught the eye of student athlete, Wesley Hartley. After graduation in 1945 Lily went to work as a secretary for the Jackson County Superintendent of Schools while Wes entered the army, serving in post-war Germany until late 1946. The couple was married at the Ashland First Baptist Church on January 12, 1947. Lily’s wedding dress was made from parachute silk that Wes sent to her from Germany. They settled into a small house near Talent, Oregon, on two acres of land that had belonged to the Hartley family since 1891. Over the next twelve years, five children were born and Lily spent her days managing the busy household, canning or freezing boxes of fruit and vegetables every summer, preparing delicious meals every day and teaching the Sunday school class for four and five year old children at First Baptist Church in Ashland. In 1967 the family moved from Talent to Ashland; Lily and Wes moved to Medford in 2004. Lily was a full-time homemaker until her children became more self-sufficient. At that point she returned to secretarial work: first with the Phoenix-Talent school district and later at the Ashland First Baptist Church. Throughout their marriage she did all the bookkeeping for Wes’s construction business. Lily was never without a book in her hand. She enjoyed volunteering as librarian at the First Baptist Church and at the Ashland public library. She also loved to bake and to sew, crochet and knit; the family treasures her beautifully crafted needlework. Lily was a woman of deep faith. Among her files are many favorite Bible verses, hymns and inspirational quotes. This is one: “These small and perishable bodies we now have were given to us as ponies are given to schoolboys. We must learn to manage: not that we may someday be free of horses altogether, but that someday we may ride bareback, confident and rejoicing, those greater mounts, those winged, shining and world-shaking horses which perhaps even now expect us with impatience, pawing and snorting in the King’s stables.” – C.S. Lewis Lily was preceded in death by her husband, Wesley (December 7, 2019) and two sons: Ronald Hartley (1970) and Philip Hartley (1986). She is survived by her other children: Susan Andrews (Joe), Ashland, Wayne Hartley (Karen), Talent, and Joan Schutter (Dan), Newberg, OR.; eight grand-children; ten great-grandchildren; and sister Laura (Clarence) Baker of Medford. A service of Witness to the Resurrection will be held on February 15, 2020, at 1:00 at Westminster Presbyterian Church, 2000 Oakwood Drive, Medford OR, at. Gifts in memory of Lily can be sent in her honor to Westminster Presbyterian Church.

Lily Millage Hartley of Medford, Oregon died on January 2, 2020. She was born June 23, 1928, in Globe, Arizona, the first child of Grace Essary Millage and Fred Roy Millage. During the Great Depression, her family began a time of transient living... View Obituary & Service Information

The family of Lily Millage Hartley created this Life Tributes page to make it easy to share your memories.

Send flowers to the Hartley family.