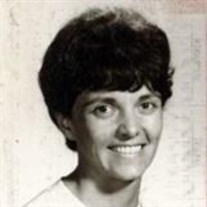 Maxine Jeanette Stringer passed away at her home in Medford, Oregon on September 20, 2021. She is preceded in death by her daughter Tracy Kappell and granddaughter Leah Stringer She was born to Joe and Rita Champion on October 30, 1936 in Dunsmuir, California. Maxine and Morris were high school sweethearts, who graduated high school in 1954 at Ashland High School. They married on January 29, 1954 in Yreka California. After high school Maxine went to Southern Oregon University for a teaching degree, graduating at the top of her class and later went back to school to get her master’s degree in 1985. While she was getting her teaching degree, Maxine worked some part-time jobs and raised 3 kids. She then began teaching at Ashland Junior High School and later became a counsellor. Maxine retired in 1994 after 29 years working in the school system. Maxine and Morris moved to Medford in 1998, where they currently reside today. She was an avid sports fan, and her teams were ASH Grizzlies, SOS Raiders, and the Oregon Ducks. For over 50 years, Maxine and Morris have continuously had season tickets for ASH and SOU football. Outside of sports, Maxine also enjoyed reading, spending time with her family, and doing activities with her family. Maxine leaves behind her husband Morris Stringer, of 67 years, as well as her daughter Jeri Stringer of Medford, Oregon, her son Darrell (spouse Robin) Stringer of Tigard, Oregon, and her son-in-law Ray Kappell of Central Point, Oregon. She is also survived by her sister Shirley (spouse Paul) Alley, their two son’s Bill and Randy Alley, and sister-in-law Sally (spouse David) Everett and their two kids Andrea Anderson and Chad Eveerett. She also leaves behind her grandchildren Jessica Nash, Lindsay Kappell, Amber Bronken, Nick Kappell, Stephen Rodgers, Morgan Macias and Nick McMullen, as well as her 12 great grandchildren Emily Nash, Lilly Nash, Luke Nash, Laney Nash, Kate Bronken, Beck Bronken, Owen Bronken, Brayden Poff, Isabelle Poff, Charlotte Hope, Madilyn and Ezra Rodgers and Avayah and Jacob Anthony Macias. A Celebration of Life will be held for Maxine J. Stringer on October 29, 2021 at the Edenvale Winery, 2310 Voorhies Rd, Medford, Oregon, 97501 at 3 P.M. The Celebration will be an outdoor, tented event. Please dress accordingly. The Stringer family will oversee the arrangements and officiating the service. Any memorial contributions can be made to the Ashland High School Booster Club.

Maxine Jeanette Stringer passed away at her home in Medford, Oregon on September 20, 2021. She is preceded in death by her daughter Tracy Kappell and granddaughter Leah Stringer She was born to Joe and Rita Champion on October 30, 1936 in Dunsmuir,... View Obituary & Service Information

The family of Maxine Jeanette Stringer created this Life Tributes page to make it easy to share your memories.

Maxine Jeanette Stringer passed away at her home in Medford,...

Send flowers to the Stringer family.