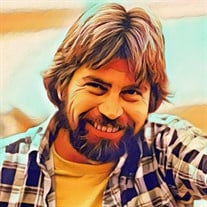 Robert “Bob” Edward McCumber Sr. was born September 7, 1945 in Glendale, California to Vernon McCumber and Rita Discher. He was a good son and father, a loving brother and uncle, an adoring grandfather, a loyal friend, and an American patriot. Bob departed October 3, 2021 at the age of 76, in the Rogue Valley of Southern Oregon. He is preceded in death by his brother Vernon and survived by his sister Jeanette and two sons Darrell & Robert Jr. As a young man, Bob was proud of his ’58 Corvette Convertible and later was proud of his Triumph Motorcycle. Bob experienced a full and eventful life, with the help of working and living in great places like New York, New Orleans, Southern California, and Oregon. He was considered a “jack of all trades”, being successful most notably in Optics in the 70-80’s and then sales of beverage Installation Parts in the late 80’s until retiring from www.installationpartssupply.com in 2011. Bob was an honest, hardworking man with a calming voice, great sense of humor, and loveable personality. He was a truly kind, courteous, and chivalrous individual who also had a love for animals. Bob had many hobbies in his life which included Motorcycling, Off-Roading, Sand Duning, Camping, Fishing, Shooting Guns, Music and Mechanical Repair. He had many great life experiences and anecdotal stories that he was always willing to share over a cold beer and some music, which he appreciated music of every genre but country, classic rock and hard rock were among his favorites. Riding his Yamaha motorcycle with friends was one of his last great pleasures. The photographs of the memories he created in life were amongst some of his greatest treasures. Bob McCumber will be greatly missed by all who knew him. We will be having a memorial service for Bob November 23, 2021 at 11:00am at Eagle Point National Cemetery, 2763 Riley Road, Eagle Point, Oregon 97524. Following the service, he will be immediately inurned at the Columbarium Wall there at the cemetery.

Robert &#8220;Bob&#8221; Edward McCumber Sr. was born September 7, 1945 in Glendale, California to Vernon McCumber and Rita Discher. He was a good son and father, a loving brother and uncle, an adoring grandfather, a loyal friend, and an American... View Obituary & Service Information

The family of Robert E. McCumber Sr. created this Life Tributes page to make it easy to share your memories.

Send flowers to the McCumber family.