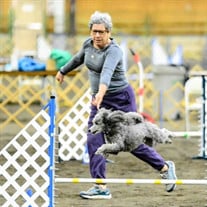 Rona Meryl Dworsky was born April 29, 1948, in Kew Gardens, Queens, New York City, to Dr. Alex Dworsky and Sidonia Cohen Dworsky. The family moved to Southern California when Rona was five. (She retained a touch of that New York accent all her life.) Rona was raised and attended public schools in Orange County, and graduated from Western High School in 1966. She then attended UCLA for a year before transferring to University of Miami, where she graduated in 1970 with a degree In accounting. Rona married John Herr in Florida in 1971. A son, Sean Landis Herr, was born in 1972. After divorce, Rona moved back to California with her son. She went back to school and obtained a California Teaching Credential at Cal State San Bernardino. A second marriage, to Bill Barnes, ended in divorce. Rona became a special education and ESL teacher in the Inland Empire region. In 1985, she moved to Berkeley and Oakland, California and taught elementary special education for 21 years in the Hayward Unified School District. In 2007, Rona retired and moved to Ashland, Oregon, later Medford. She became involved in many community activities, including Tudor Guild. She became affiliated with Havurah Shir Hadash, the Jewish Renewal Synagogue in Ashland. Rona was always an artist. She loved architecture, and constantly worked at designing and redesigning homes that she wanted to build or remodel. She designed, and had built, significant additions to her homes in Oakland, Ashland, and Medford. Rona was an avid photographer, and a prolific quilter, of both art quilts and bedding quilts, many of which her family and friends still treasure. In the pandemic of 2020 Rona set about to sew and give away hundreds of face masks, using quilting fabrics and elastic. She sent these out to many Facebook friends in groups concerned with dog agility and ovarian cancer. Rona’s chief passion in later years was owning and training poodles, especially for agility and tracking. For several years she owned a house In Sun City, Arizona, and, calling herself a “snowbird, ” traveled between Oregon and Arizona, taking advantage of best weather in both places. She was active in dog agility competitions up until her last few weeks. Rona passed away peacefully on July 26, 2021, age 73, at home in Medford, in hospice care, surrounded by family, after a 3 1/2 year struggle with cancer. A burial service was held on July 28, 2021, at Scenic Hills Memorial Park In Ashland, conducted by Rabbi David Zaslow of Havurah, in the presence of many friends and family. Rona was preceded in death by her parents, and sister, Marilyn Smith. She is survived by brothers Jay Dworsky and Martin Dworsky, and their families; son Sean Herr, daughter-in-law Kristin Herr, grandson Landis Herr, age 4 1/2, and her partner for many years, Herb Childs.

The family of Rona Barnes created this Life Tributes page to make it easy to share your memories.

Send flowers to the Barnes family.