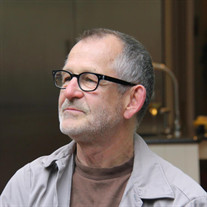 On April 25th, 2021, Thomas George Estes died peacefully surrounded by loved ones in the family home. He was seventy-five years old. Thomas was born to James Neal Estes and Dorothy Jean Thomas on August 30th, 1945 in Whittier, California. He attended school in Whittier and was the first class to graduate from La Serna High School, where he was later to teach. He attended Long Beach State College and was a Champion wrestler in State competition. He married Dorothy Jean "Jeanne" McDowell and they had a son, Thomas Byrn, when he was twenty-one years old. Tom went on to teach English and Creative Writing at La Serna and coached Wrestling there with his colleague and friend Hiroshi Ogawa, Tom was a huge fan of Mexican culture and it's people. He began traveling there from high school age and became so inspired as to open the first and most successful Mexican restaurant groups in Europe, beginning with a humble family run restaurant in Amsterdam in 1976. There followed Cafe Pacifico's in London, Paris, Sydney and beyond. He began a secondary franchise called La Perla with locations in London and Paris. Tomas was so essential to the export of Mexican culture and products that he was awarded the title of Tequila Ambassador by the Mexican government in 2003 and 2006. This later became the title of a book he wrote, which is now being re-written by close friend Phil Bayley for a second edition. He remarried to Marla Simon in 1986, and they had three sons, Jesse, Lucas and Max, all born in Paris. Tom and Master Distiller Carlos Camarenas collaborated on a Tequila brand in 2008 entitled Ocho, a spirit focused on the terroir of the agave it is made from. He and son Jesse travelled the world extensively bringing awareness tot heir brand the category of Tequila in general. Thomas is survived by wife Marla, sons Tom, Jesse, Luke and Max, his stepmother Jane, brother Jim and sister Karen, as well as loving nephews, cousins and other family members. Thomas is also dearly remembered by friends and colleagues the world over. He loved the world and the art and music as well as good food and drink was legendary. He was an extremely generous, positive and giving father, son, husband and friend. In his words: "The Inspiration to Remember" To Open to life To reach for feeling Across the forehead Tingling Down the arms Buzzing In my centre Burning Alive So that when even the stain of beets In the salad on my plate Says something, anything To me Then I realize, remember I'm alive." Tomas Estes

On April 25th, 2021, Thomas George Estes died peacefully surrounded by loved ones in the family home. He was seventy-five years old. Thomas was born to James Neal Estes and Dorothy Jean Thomas on August 30th, 1945 in Whittier, California. He... View Obituary & Service Information

The family of Thomas Estes created this Life Tributes page to make it easy to share your memories.

Send flowers to the Estes family.