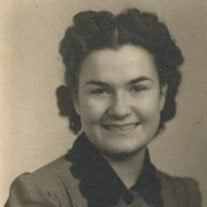 Virginia Rae Budden the beloved Wife, Mother, Great Great Grandmother and Aunt passed away in her home at 98 years of age, in the arms of her Granddaughter, Cindy Poursatip. This was after just a few days of being with her immediate family who surrounded her with love. Virginia was predeceased by her parents Samuel and Irene Brown, her Brother Jack Brown and her Sister Patsy Morrell. She is survived by the love of her life Wallace Budden, her husband of 77 years. She is also survived by her three daughters, Tamara Piwen, Victoria Neuenschwander and Wendy Guches, as well as her grandchildren, Cindy Pouirsatip, Maralena Piwen, Jason Piwen, Tyler Neuenschwander, Lance Smith and Chad Smith and 5 Great Grandchildren and two Great Great Grandchildren. She is also survived by her two Nephews, John Brown and Bruce Morrell, who loved her like a Mother. Virginia was born in Bend, Oregon, went to Walla Walla College, where she studied as a Maternity Nurse because of her love for babies. Her parents moved to Klamath Falls, Oregon where she met Wallace Budden at Church and they fell in Love. Because they were in the throes of WWII Wallace joined the Paratroopers 101st division, the Flying Eagles. Wallace was severely injured in one of his jumps so was soon discharged. They married soon after his discharge. Where they started their life long adventures. First, they worked on Wallace's families Ranch where they ran a Dude Ranch. Virginia would often accompany Wallace who was a musician and song writer signing harmony, oh how they loved music! Many times, singing for friends and family. Music always filled their home! After the birth of their two daughters, their adventures continued with moving to California, where Wallace started his logging business. Shortly after that they had their third child. They lived on the Coast of Northern California, where they fished, spent time at the beach, in the redwoods, camping and gold mining. After Tamara finished High School, Virginia and Wallace decided to move to Ashland, Oregon so Tamara could go to college and move Wallace's Logging Business to Oregon. Virginia and Wallace's love of horses also spurred them to start an Arabian horse business as well with the purchase of their first Arabian Stallion, Bay Abu, which became more of a pet! Soon after their move to Oregon they purchased their 13 Acre Ranch where they started their Arabian Horse business, White Oak Arabians and their girls attended Southern Oregon College. Those were wonderful days, a beautiful ranch with at one time 15 head of horses. With beautiful views of the city lights, mountains and sunsets! Virginia and her husband Wallace being a visionary, also started a water business called Plum Valley Water, where Virginia, amazingly in her 80's took the orders for water, because of her friendly nature and gift of gab. Everybody loved Virginia! Virginia was an intelligent woman and we could also depend on her good advice, she loved life with a passion and loved family, and family gatherings, all the holidays were of the greatest importance! She loved her horses, birds, particularly the owl, Seahawk's football, where she cheered with the best of them, cross word puzzles, reading, humor, oh how we laughed with her, music she would often dance in her wheelchair, and by the way she was a Flamenco dancer in her youth, playing the cassinettes and tapping her heels and boy did she love to shop until you drop, mostly buying for her family. She was one of the most giving and generous people you could ever know and she will be forever loved and remembered. A private Service will be held September 10th at Eagle Point National Cemetery. Please join the family at a Memorial Service for Virginia, September 11th at 3:00 at Terry and Vicki's home, 455 Tolman Creek Road, Ashland Oregon.

Virginia Rae Budden the beloved Wife, Mother, Great Great Grandmother and Aunt passed away in her home at 98 years of age, in the arms of her Granddaughter, Cindy Poursatip. This was after just a few days of being with her immediate family who... View Obituary & Service Information

Send flowers to the Budden family.